EAPN (2013): Towards children's well-being in Europe. Explainer on Child Poverty in the EU. 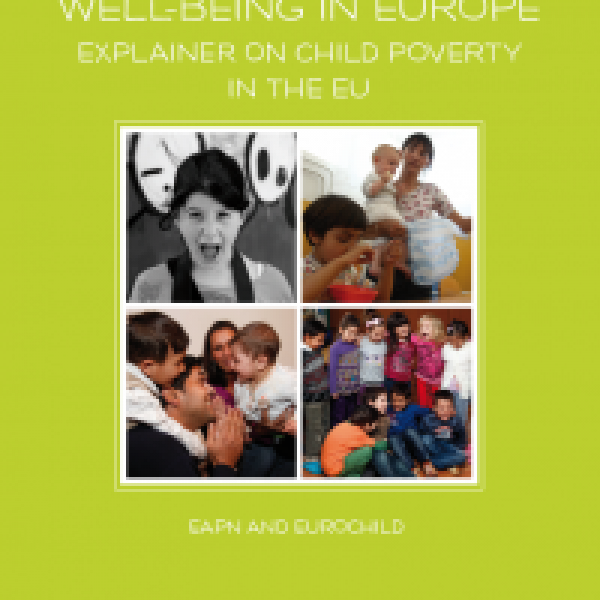 25 million children in the European Union (EU) are at risk of poverty or social exclusion – that is one child in every four. Most of these children grow up in poor families, who are increasingly struggling to provide them with a decent life. This is a social crime in an EU that prides itself on its social model, an attack on fundamental rights and a failure to invest in people and in our future. Can the EU afford the price?

This Explainer on child poverty is jointly produced by EAPN and Eurochild in order to: Raise public awareness about what child poverty means in a European context, its causes, and how it impacts on the lives of children and their families. Highlight effective solutions that can help to fight child poverty and promote the well-being of all children and families, particularly in times of austerity and public spending cuts.